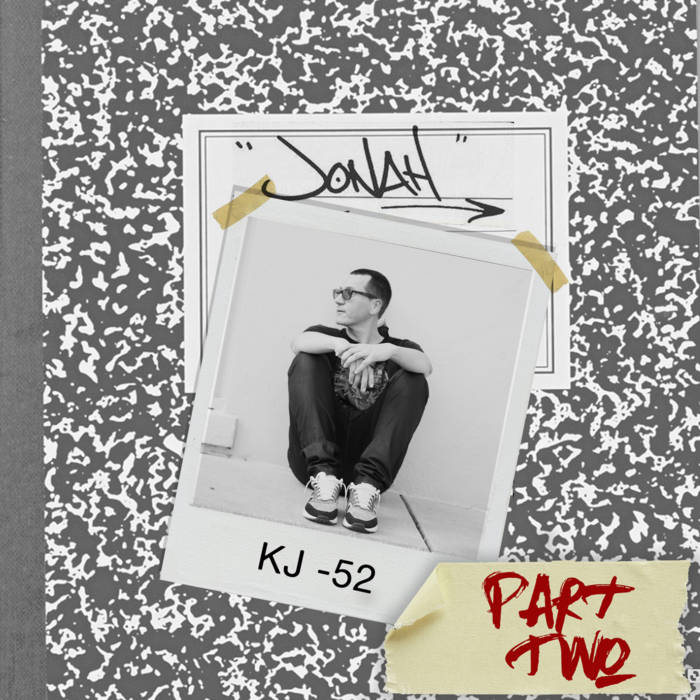 On his newest release "Jonah pt. 2 ", veteran hip-hop artist KJ-52 finds the common ground with an uncommon style, reaching out to seekers and skeptics alike.

”Jonah pt. 2" started as bonus songs that grew into a full blown project.  Featuring appearances by Datin, Zauntee, Canon & more, it introduces 10 taut songs with immediately memorable hooks.  This album gets real, has fun, and goes deep from beat to beat, marking a step forward in an already exemplary urban music career.

Miami born, Tampa native KJ-52, (real name Jonah Sorrentino), broke through at a time when rap and religion rarely mixed. With his own mix of sharp wit and lyrical intelligence, he steadily led the genre into the mainstream, making the scene via guest spots on pop records (Newsboys, TobyMac, and Jeremy Camp) and amassing 6 dove awards & 750k career units sold.

4 years later he’s still in the Guinness Book of World Records for his freestyle skills. That’s crazy, right? Not really... this is how he came up.

“Our world is broken. It’s gone nuts,” he concludes. “But there’s still hope for us all. We can know who God is, help each other out as friends, and seek His purpose for the next steps in life.”

After thriving through the seamless transition between a cutting edge newcomer at the tip of the 2000's to one of today’s most respected and ambitious rap/hip-hop heroes, KJ-52 continues pushing the musical and lyrical envelope. This is his 11th release, and second crowd funded and self released indie project.

In addition to his latest independent album, KJ-52 has collaborated with Atlanta filmmaker Denver Bailey (TruTV’s The Carbonaro Effect, HGTV’s Flipping Virgins, and Netflix’s Rotten) to produce a documentary about the rapper’s life.

It all started over a plate of tacos following a performance in Atlanta, Georgia, Jonah and Denver fleshed out what a movie about his life would look like. “We began shooting almost instantly. Jonah called me to let me know his Dad was in town, and this was the prime opportunity to catch an interview with him. I drove down to Tampa, and it all kind of snowballed after that,” Denver said.

After shooting a majority of the documentary, they launched a Kickstarter campaign - for 52 days. The campaign exceeded the $10,000 goal by 20%, and post production began. The duo set out to make a rap documentary, but they admit there’s not a lot of rap in the movie. Somewhere along the way, the documentary became more about the human experience, and the documentary serves as more of an à la carte to KJ-52’s music than a behind the scenes.

“The Jonah Movie” (Runtime: 52 minutes) will release along side “Jonah pt. 2” on February 15th. It’s the story of an unlikely candidate that followed the path God laid out for him. The film is an inspirational piece that transcends all demographics and will be enjoyed by any audience. “The Jonah Movie,” will be available on DVD, Blu-ray, and digital outlets starting with Vimeo on February 16th.

Kj-52’s 11th studio project takes you on a ride with transparency, humor, skill and much more. Independently recorded and funded by the fans, this album is for the people by the people.

For long time fans or newcomers this album is must listen… birthed from a heart of passion, struggle and a desire to see God glorified through hip hop. ... more

Bandcamp Daily  your guide to the world of Bandcamp